Holly Resignolo caught up with Billie Keithley in her latest issue of MTN Town Magazine.

I still remember it vividly. I was heading to Denver, and as I drove over I-25 on 6th Avenue West I saw her image spread across a huge billboard touting the Breckenridge Distillery and I thought, that girl is a badass! Meet Billie Keithley, the Liquid Chef whose remarkable concoctions compliment the award-winning distilled spirits of the Breckenridge Distillery. Although she has achieved near Rockstar status, her approachable demeanor and incredible passion for the craft is apparent. 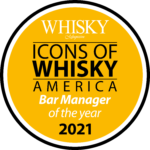 Her story is serendipitous. Billie Keithley arrived in Breckenridge 27 years ago and had, like many, been working at the ski resort and within the town’s food and beverage industry. On a night 20 years ago Billie had started her evening managing a local restaurant when one of her service bartenders didn’t show up for their shift. She said, “out of necessity I jumped behind the bar, and I just got completely into the colors, the bottles and the art of the craft. I wondered why am I not doing this”? This chance discovery set her on the path to becoming a full-time bartender and bar manager. Over time she said she became “that cocky bartender who thought they knew everything”… until a friend invited her to a seminar in Vail that featured a talk by the great Francesco LaFranconi the Founder of the Academy of Spirits & Fine Service at Southern Wine & Spirits of Nevada. It was a jaw-dropping learning experience and became an epiphany for Billie Keithley. That day she took about ten pages of notes. Bille reminisced, ” I was humbled as I realized how much I didn’t know, but at the same time so inspired that I knew at that very moment that I wanted to absorb and share every morsel of knowledge of this amazing craft and put smiles on faces with every sip.”

On another serendipitous day, Bille met Bryan Nolt, owner of the Breckenridge Distillery and Master Distiller, Jordan Via, while working a day shift (a rare occurrence) bartending at Cecilia’s in Breckenridge. “They walked in, and I had no idea who they were. I made them some egg foam cocktails, that was it. The next day I was called and immediately hired. I have been with them ever since. Soon after I received my official title, The Breckenridge Distillery ‘Liquid Chef’ because if it is edible, I can make a cocktail out of it. I have been challenged in the past but have been able to create something even out of some of the craziest ingredients. Once I was challenged to make a cocktail out of wasabi peas and wafers”.

Her passion for customer service dwells in the roots of genuine hospitality, being gracious and nonjudgmental. “There was a time when someone would order a great scotch with coke, and I would roll my eyes. But I have learned that people are just looking to be treated well and have a good experience. Today I wouldn’t bat my eyes if someone came up and ordered cranberry juice with wine and tequila”. She only wants to be sure they are happy, enjoying their downtime and have an elevated experience.

Billie Keithley always travels with a bar on wheels and has her tools of the trade with her. If someone needs help, she is there to share her knowledge or solve the problem with them. This woman doesn’t stop learning; Billie says “I can’t stop learning,” and that is refreshing. If she doesn’t have a book in her hand about great bars around the world, new and unique distilling methods or current mixology trends, then something is wrong. She is involved in area Bartenders Guild’s, helps support non-profit events and heads to Industry events like Heritage Fire in Snowmass and PoPFest, a multi-day educational and entertainment spectacular highlighting talented bartenders of the Midwest alongside world-class industry leaders in Kansas City.

Billie Keithley is one of the fortunate people who discovered their passions and has stayed true to that path. Her cocktail menu included show-stopping libations, creative flavors and is designed to accompany the dishes and flavors of the Breckenridge Distillery Restaurant menu. 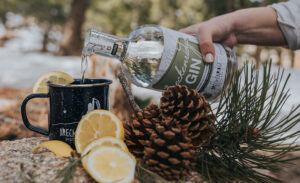 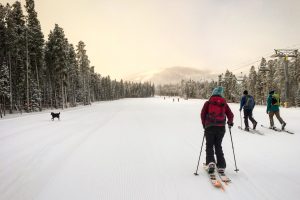 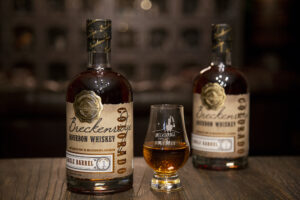