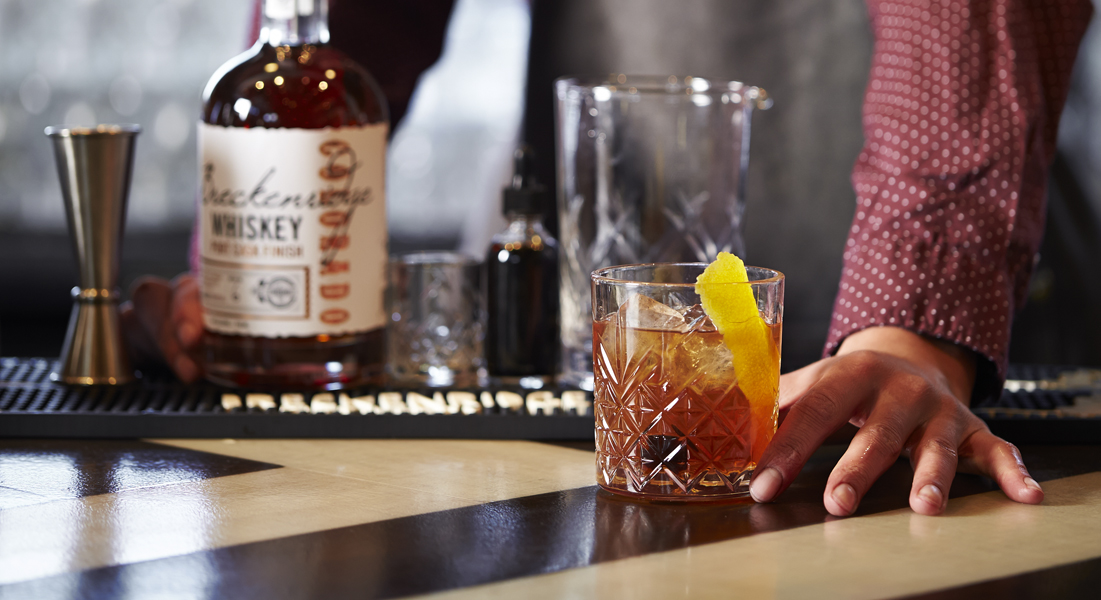 Some of us set out knowing what we want to do in life, while others seem to stumble through a myriad of careers to land on success fueled by passion. For Bryan Nolt, founder of Breckenridge Distillery, he seems to have found both. Bryan discovered a passion for spirits through his whiskey club. After returning from a trip to Scotland, it seemed no bottle was a match for the high-end whiskeys and bourbons he delighted in overseas. 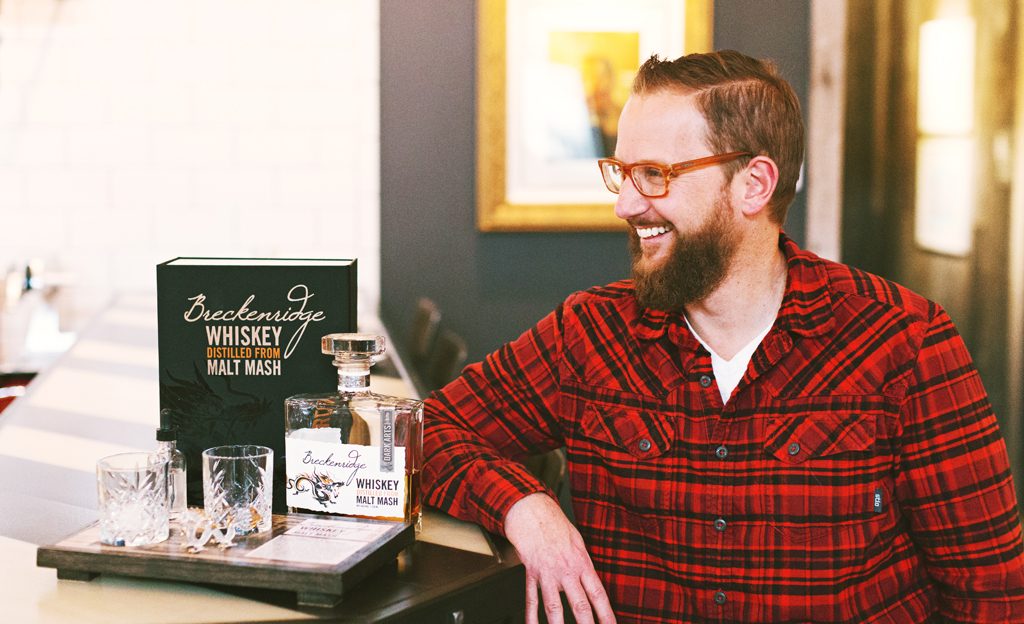 And so, Breckenridge Distillery was born.

Doctor turned distiller, the founder of Breck Distillery continues a side practice in radiology while running a full-fledged distilling and restaurant business.

Breckenridge Distillery aims to please the crowds with a line of over 20 distilled products on any given month. Their production elicits divine spirits made with local Colorado ingredients when possible. That pear vodka in your martini? Crafted with pears from down the road in Palisade. Need to perk up for the evening? Take a spin on a White Russian with an espresso vodka infused with Colorado coffee beans. 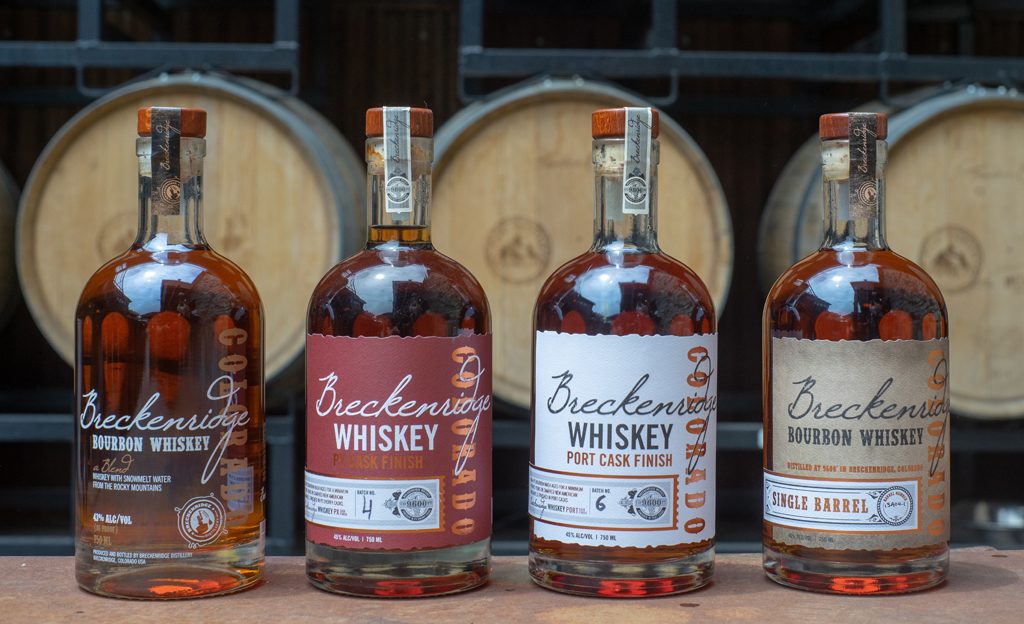 For those who don’t want straight whiskey, dabbling with the wine cask whiskey line may open up your palette. The Breckenridge Whiskey PX cask finish employs retired Pedro Ximenez grape barrels to imbue notes of orange marmalade, licorice and fig preserves into every sip for a unique blend even whiskey naysayers can’t turn down.

The most popular choices? Tinker with the Distillery’s famous and award-winning Breck Bourbon, smooth vodka or piney gin.

True quality is at the core of production. Among the top 15 craft distilleries in the United States, Breckenridge Distillery is the only player to remain privately owned and in control of every production component on-site.

All barrels are aged on-site; some for 11 years, some just 5 days. Everything distributed across the country and around the world is bottled on-site. Aside from marking the Distillery’s 10 year anniversary, 2018 was a noteworthy year in which the Distillery expanded its production facility to accommodate 10x more production.

More than 20 distilled products are distributed to 49 states and across international borders to the UK, Germany, Canada, Hong Kong and New Zealand, among others.

While 95% of the spirits are available across the country, a select few are only available in Breck. Stop by their primary location on Airport Road or the tasting room next to Coldwell Banker Mountain Properties’ Breckenridge office at the Riverwalk Center to learn more about exclusive Summit County bottles.

After just 3 years in business, Breck Distillery showed up strong on the distilling scene. Competing against the globe’s top dogs in the fine spirits industry, Breckenridge Distillery claimed 2011 Bourbon of the Year at the International Wine & Spirits Competition, Best American Blended at the World Whiskies Awards (four times), and was dubbed Icons of Whisky for Brand Innovator in 2018 at the World Whiskies Awards.

If the awards don’t speak for the product, perhaps the cocktails will…

Impeccably designed cocktails created by liquid chef Billie Keithley are the M.O. of Breckenridge Distillery. Warm up with the Smoking Cocoa – a blend of Breckenridge Chili and Espresso Vodkas and indulgent hot cocoa with honey whipped cream and a dollup of Nutella. Too sweet? Gravitate towards a more simple concoction, the Genever Juice teasing whiffs of rosemary and lemon to bring the Breckenridge Gin full-circle. With a nod to Star Wars, the Obi Wan cocktail is made with Port Cask Finish Whiskey is a best selling spirit-forward drink, that very well represents the Distillery. Don’t miss: the show stopping Barrel-smoked cocktail. Trust us. 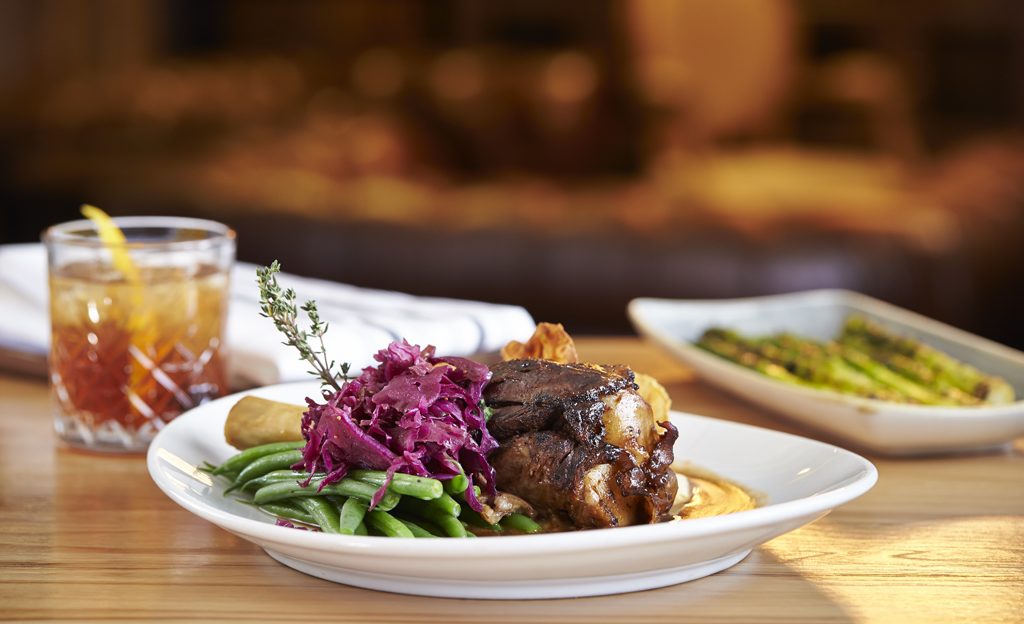 Most menu offerings incorporate the whole animal. From the meat in your dish to the broth from cooking, BDR’s chefs strive for zero waste.

New to the BDR scene is lunch from 11 am – 3pm. Gorge yourself on a Kansas City style BBQ, the first of it’s kind in Summit County.

In the evenings, start off with the rich bacon brussels sprouts drizzled in a Breckenridge Bourbon maple syrup. Graduate to a generous plate of braised lamb shank with celery root-potato puree, gremolata and red cabbage. The can’t-miss mac & cheese comes floating in a sea of gruyere, bechamel and parmesan cheese.

In the Spirit of Community

A small town like Breckenridge implies a ready-made network of locals, retailers, restaurateurs and neighbors. The distillery plays a fully-immersed role in the Summit County community; partnering with local breweries and donating barrels to brew in. Breckenridge Distillery is home to year-round local events ranging from Crafts & Cocktails at the holidays to annual dinner pairings with Chef David Burke and his esteemed colleagues from across the country.

On your way out…

Be sure to stop by the gift shop for Breckenridge Distillery relics, candles in glass cut spirits bottles and a complimentary tasting from Breck’s finest.

10 Boo-zy Halloween Cocktail Recipes You Can Make at Home

Breckenridge Gin Peaches and Cream Shortcake from The Oven Light

9 Ways to Experience the Breckenridge Distillery