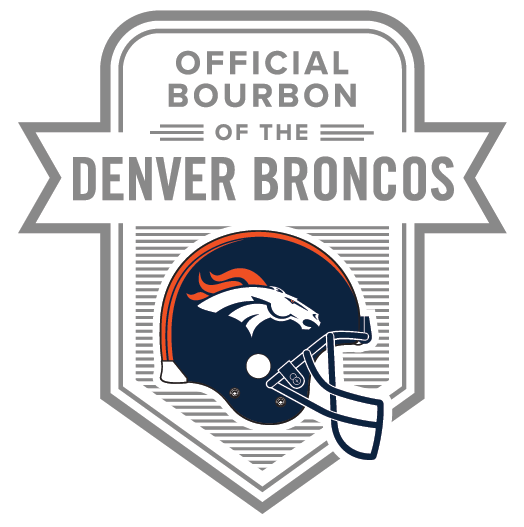 Official Bourbon of the Denver Broncos 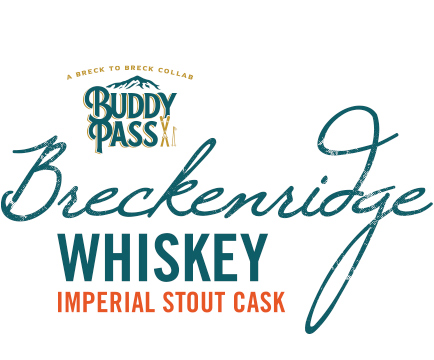 57.35% ALC/VOL
114.7 {PROOF}
Cinnamon and Oak envelop the nose with a light background of fresh orange zest and chocolate. Smooth abundant caramel and dark chocolate hit the palate first as a dry matured oak and bold cinnamon spice follow and ride out for a long dry, spicy finish. 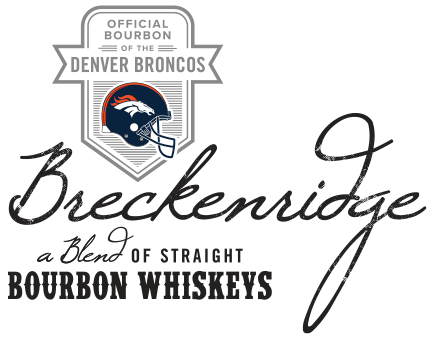 * Available in Colorado Only 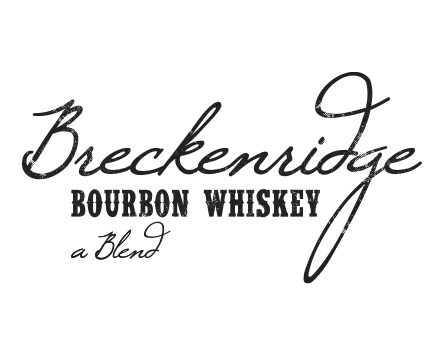 43% ALC/VOL
86 {PROOF}
Our award-winning, high-rye Bourbon Whiskey is aged for a minimum of three years, in charred, new American oak barrels, and blended to reveal the unique qualities of the Bourbon Whiskey. Deep, honey-amber hue with pronounced aromas of butterscotch, candied orange and apple; dry cacao and brown sugar envelop the tongue as the spirit lingers with notes of vanilla and white pepper.
BUY NOW 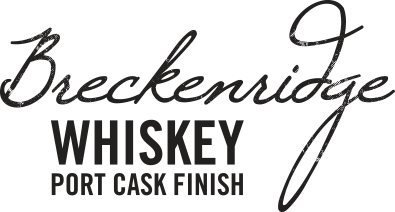 45% ALC/VOL
90 {PROOF}
Our award-winning Bourbon Whiskey gets some final grooming in 59 gallon Tawny Port casks, adding aroma and flavor of sultana raisin and maple syrup, which round out and soften the naturally spicy finish. Thanks to the superior Tawny Port casks, each batch flaunts a unique expression.
BUY NOW

45% ALC/VOL
90 {PROOF}
From the Andalusia province of Spain, a luscious dessert wine is produced from the shriveled raisins of the Pedro Ximenez (PX) grape. This highly viscous, syrupy, wine is aged in ancient solera barrels for decades before release. We acquired a selection of retired PX barrels from a solera hundreds of years old and filled them with our rich and spicy Bourbon Whiskey. Left to bask in these ripe, fruity vessels, our Whiskey emerged with complex layers of fig compote, orange marmalade, and licorice to complement the sweet oak and vanilla character of our world-renowned Bourbon Whiskey.
BUY NOW

BUY NOW
Breckenridge Whiskey Madeira Finish
46% ALC/VOL
92 {PROOF}
Our award-winning Breckenridge Bourbon marinated in Madeira casks; rich in flavor, without an overpowering sweetness. Maraschino cherry with notes of plum tease the palette, flavors of smoked cherrywood and leather are quickly to follow. Finishing with a hint of Baker’s chocolate, this will quickly become a go-to delight.

BUY NOW
BUY NOW
Breckenridge Distillers High Proof
52.5% ALC/VOL
105 {PROOF}
Our Blended Bourbon Whiskey, but with a twist, bottled at a gripping 105 proof. Get a chance to experience what our distillers taste as they blend: a wild ride through rich, dark caramel and toasted almonds, burnt Baker’s chocolate and dried orange peel, with a lingering finish of vanilla and spice. A masterful combination of mouthful flavors, furnish our Bourbon Whiskey to a deep, burnt orange hue. Try slowly adding water to enhance your experience.
BUY NOW

BUY NOW
Breckenridge Bourbon Whiskey Single Barrel
46% ALC/VOL
92 {PROOF}
Born in the heart of the Rockies, our Colorado grain-to-bottle Single Barrel Bourbon Whiskey is the pride and joy of our distillery. Aged up to ten years under tight temperature and humidity controls, these barrels exemplify characteristics unlike any other. Hand selected by our distillers to encapsulate the unique flavors of Breckenridge: notes of butterscotch, candied orange, sultana raisin, bittersweet cacao. 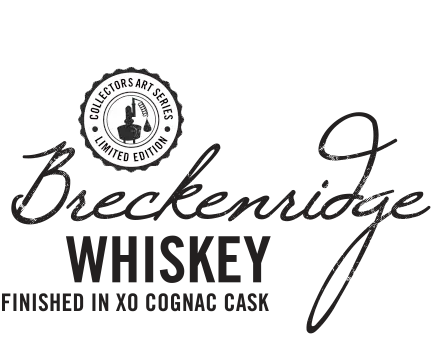 48% ALC/VOL
96 {PROOF}
XO Cognac is produced with well-known grapes from regions in France. A fine Cognac is 15% petite champagne and 85% Grande champagne blended typically in batches of 300 barrels and aged anywhere from 10-37 years in age (average of 25 years). Breckenridge Distillery imported those barrels and aged their Breckenridge Bourbon Whiskey in those Cognac barrels for just over 2 years to date. This cask finish whiskey will be bottled and released as Breckenridge XO Cognac Cask Finish Whiskey for Series 2 of the Collectors Art Series.

43% ALC/VOL
86 {PROOF}
Each reserve blend we release is blended to have unique expressions that bring out the classic flavors of bourbon. Expression notes ranging from brown sugar, molasses, and caramel to dried orange peel with cardamom, vanilla and rye spice. We blend upwards of three different expressions at a time, allowing the discerning connoisseur to choose for themselves.

BUY NOW
Breckenridge Two Clans Blended Whiskey
51% ALC/VOL
102 {PROOF}
The Dark Arts Malt Mash has long been considered a fan favorite – an American “Scotch” without the title. This un-peated whiskey is now blended with a peated Scotch out of the Highlands of Scotland, giving this spirit a complexity that fans will have to taste to believe. The structure for 2 Clans is the Dark Arts American Single Malt Whiskey, which is the reason Bryan Nolt founded the distillery–specifically to make the Dark Arts. The Dark Arts is a cult whiskey, massive, malty, and chocolatey. The plan was always to use that structure and layer in subtle, traditional Scotch notes into a portfolio of whiskeys, and 2 Clans is the first release in this project.

45% ALC/VOL
90 {PROOF}
Our Colorado Rum is made with turbinado sugars and dark molasses, mashed and distilled in house. Aged in award-winning Breckenridge Bourbon casks, then finished with carefully selected roots, spices, and dried fruits. Holiday cloves mingle, while cinnamon-dipped green apples hypnotize in the background. The tasting adventure follows through to a robust dark chocolate, finally finishing with a lingering vanilla and molasses.
* Only Available in Colorado
BUY NOW

45% ALC/VOL
90 {PROOF}
This fragrant American-style Gin stays true to the Breckenridge ideals of mouthfeel and flavor, through maceration and botanical basket distillation. A delicate harmony of 11 botanicals layer the Gin throughout the spirit; a full-body juniper lies at the forefront, bright citrus and complementary undertones of spice give a nod to the beauty that’s created when flowery aromas meet comforting spices.
BUY NOW

BUY NOW
Breckenridge Bitter
36% ALC/VOL
72 {PROOF}
Hand-harvested alpine herbs mingle with ancient bitter roots and spicy dried fruits in a symphony of aromas and flavors that recall the mystery of old world alchemy. This exquisite aperitif bitter strikes a remarkable balance of alluring aromatics and bittersweet flavors that will inspire the adventurous imbiber to the last sip. Best in Show at the 2014 New York World Wine and Spirits Competition.

40% ALC/VOL
80 {PROOF}
Notes of lemon cream and fragrant meadow flowers create our clean and brilliantly clear Vodka. A refreshingly light body is complimented by its soft, warm texture and balanced mellow finish, displaying just a hint of sweetness. Minerality of the Breckenridge water, used for blending and proofing, lends to the perfect mouthfeel.
BUY NOW

BUY NOW
BUY NOW
Breckenridge Pear Flavored Vodka
40% ALC/VOL
80 {PROOF}
Colorado’s Western Slope produces some of our Nation’s finest fruits, and we’re always looking forward to the summer harvest. Fresh pear brandy is the flavor base in this vodka, a request from our favorite bartenders, who had a niche to fill. Fully-ripe pears fill the palate with a clean, sweet finish. Perfect for classic cocktails.
BUY NOW

Official Bourbon of the Denver Broncos

25 Winter Cocktails to make at home