READ MORE FROM AMERICAN WHISKEY MAGAZINE
Breckenridge Distillery: Who we are

9 Ways to Experience the Breckenridge Distillery

From touring the award-winning spirit’s production facility to indulging in world-class cuisine, Breckenridge Distillery is truly an adventure for the senses.   Whether you have

Celebrate the summer sun with these refreshing cocktails from the Breckenridge Distillery. Whether you are BBQing in your backyard, throwing a summer party, or kicking

5 Breckenridge Whiskeys You Should Buy Dad this Father’s Day

Looking for a great bottle of whiskey to gift dad this Father’s Day? It can be hard to find the perfect bottle, so we have

4 ‘Star Wars’ Cocktails That Are Out Of This World

Star Wars is a common theme at Breckenridge Distillery. From the artwork that adorns the walls and hallways to the themed and properly garnished Star

Crafting memorable cocktails from award-winning whiskeys is an art and science that Billie Keithley of the Breckenridge Distillery has mastered. Her passion for the product

We are all about empowering the inner bartender in you. But how about the inner chef? When the ladies of The Oven Light reached out

If the name Sexy Motor Oil (SMO) doesn’t intrigue you enough, then the story behind it will. So here we go. It is not uncommon 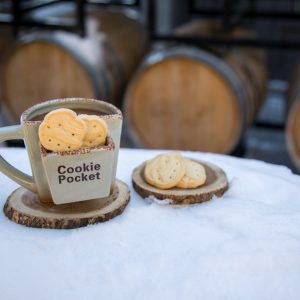 We all know that Girl Scout Cookie season is one we try to resist, but can you really? We had a couple girls come by